A restaurant in Tokyo, Japan offers a VR (virtual reality) trip to New York, Paris, Rome, or Hawaii enhanced by “in-flight meals” themed around the destination.

With FIRST AIRLINES you can taste the experiences of aviation and world travel while on the ground.

Although sold as “real air experience”, it is indeed a great example of “authentic fakeness”, just while everybody seems to be looking for a much more digestible “fake authenticity”. Perhaps that is why a “virtual airline facility” disguised as a restaurant (…or is it the other way around?) appears almost revolutionary in its flamboyant and extravagant excess. But what about “authentic authenticity”? Well, nobody can make a profit, so there’s no point in talking about it. 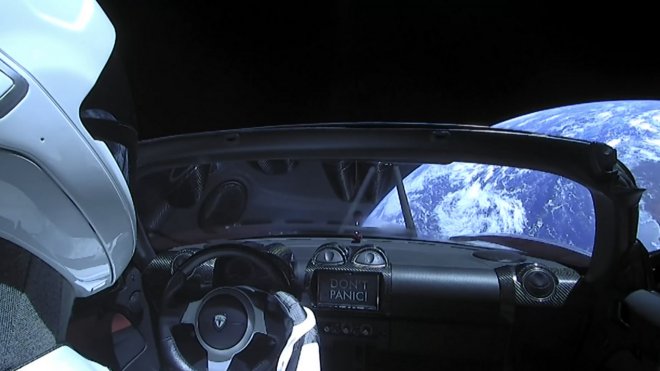 Dutch airline KLM treats tourists who fly to Amsterdam as dumb children… and they are probably right. The following video looks like a spoof trailer for a new Black Mirror episode but is actually meant to introduce the KLM Care Tag.

Far from being a joke, this GPS tracker with a maternal spirit was designed to help solve the problem of overtourism in the Dutch capital by inviting tourists to visit less crowded places, as well as helping them to cross the street. In short, sweet remedies for extreme evils. The Care Tag won’t make Amsterdam more livable, but it’s at least an interesting attempt to start tackling a growing issue.

The Hammer that Turned Out to Be a Boomerang

Apple imagines and builds a sad, predictable world where all apps do more or less the same things. The difference is only a matter of price. For example, you look for a customizable GPS tracker and they assume that you want to monitor your amazing sports performance, keep an eye on your employees, or look for your lost phone. Unlike Android, you are trapped in an immutable ecosystem.

Why one would ever want to freely access their app files, easily disable location tracking, or connect a wired headset? BTW, did you know that to perform many tasks you still have to use the crappy iTunes software? As in a historical nemesis, Apple’s fans today are the brainwashed viewers. So, who throws the hammer?

Of Headphone Jacks, Pirouettes in the Snow, and Mushrooms

Apple’s main reason for eliminating the headphone jack from the iPhone 7 was to make the phone water resistant without compromising its stylish design. It’s interesting to note how a year later, with the launch of iPhone X, the company continues to praise that choice, as if the AirPods were the “final tech frontier”, able to project us into a new dimension made of pirouettes in the snow.

The truth is that now the lady can throw her smartphone in a puddle (perhaps) but will no longer be able to use Augment, a really strong argument to choose Apple over other manufacturers. The app, in fact, is only available for iOS.

According to Pharrell Williams and other testimonials, Augment’s effects are even more powerful than those shown in the commercial above. So what to do? Buy the SE if you can’t resist to “hear the world your way” (or save big money).