Space and reality are among the main victims of the Western lifestyle. In their daily life, most people cross streets and squares with the sole purpose of reaching their destination as quick as possible, while on holiday, they spend their days photographing places that will remain completely alien to them. 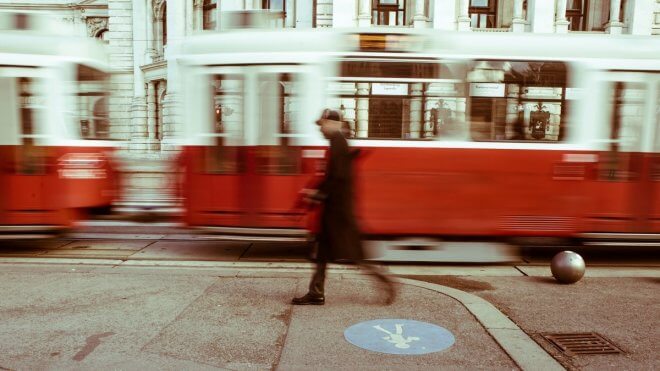 Reflecting on the unstable relationship between individuals and the reality of urban space, we came across the perfect quote. We report it here, even if its author Guy Debord would not be happy with it… In his famous work “The Society of the Spectacle” (1967), he argues about the importance of the critique of human geography in a hypothetical proletarian revolution, claiming that:

[…] individuals and communities have to build the places and events suitable for the appropriation, no longer just of their labor, but of their total history. In this changing game-space, and in the freely chosen variations in the game’s rules, the autonomy of place can be rediscovered without the reintroduction of an exclusive attachment to the land, thus bringing back the reality of the journey and of life understood as a journey which contains its entire meaning within itself.

Fifty years later it remains a compelling action plan since the only thing that’s really changed is the almost complete disappearance of an idea of community. The aim, however, can no longer be to “subvert the context”, but rather to shift the way in which we experience the city, both as citizens and as travelers.

Hence the need for a method that allows, on the one hand, to bring back the reality of the journey (and of space) at any time and in any place and, on the other, to easily share the path and the sensations that this has generated.

It’s not necessary to read dozens of guidebooks or ask for advice on specialized forums to identify potentially interesting areas in any city, starting from the one where we live. Simply look at the map… Depending on your taste, you might be intrigued by a neighborhood with a curious name (Journalist Village), a walkway dedicated to one of your idols (Paseo John Lennon), or a park located where you thought there were only traffic and concrete buildings (Dehesa de la Villa).

No ordinary landmarks without meaning or forced storytelling to believe in, only pure exploration, disorientation, and the chance to lose oneself.

After choosing the target area, it is time to think about logistics. How do we get there? In which direction should we move? How long do we want the wandering to last so that we can safely return to our home or hotel? Last but not least, we’ll have to equip ourselves with a tool to record the GPS track and easily tag places.

Just as in a stable relationship in which complicity fades over time, so the streets and squares that we are most familiar with no longer evoke strong emotions in us. Inspired by Deborah Stratman’s “Sonic Rambling“, we thought of sound as the ideal vehicle to get a perceptual distortion of space, hoping this would be enough to seize the raw signal that these places are still transmitting.

In fact, sound is a super-efficient marker of the present. It is energy that travels through time and dissipates. It has an irresistible manipulative power and works subtly in the background to anchor us to the real world.

To re-establish the connection in our on-street tests, we’ve been using Augment. This app is only available for iOS devices and allows you to filter and keep the acoustic environment under control with truly amazing results. It’s strange to imagine that the same technology that does everything to distance us from the urban space can also serve to reappropriate it, but that’s exactly what happens.

Among the many GPS tracking apps out on the market, only one actually meets our requirements. OSMTracker for Android supports custom buttons layouts to quickly mark the territory without spoiling the journey. Yes, because it’s vital to minimize technology’s impact. Our custom layout is available for download. It includes 60 tags divided into 3 groups plus 6 markers for the audio effects.

But also the eye wants its part (!) and after various tests and constant fine-tuning, the GPS tracks of Trails and Geonaute seemed cleaner and more linear, so we always pair one of them with OSMTracker during our urban explorations.

What else to add? You can decide to follow the urban trails below or create your own. In both cases, feel free to share your (re)wandering experience with us.

Off the Wall Trail, Berlin

"Paths, parks, and
sidewalks are traces
of the acting out
of imagination
and desire."