With a city the size of Tokyo in Japan, it’s easy to get carried away and overwhelmed when looking at the map. There are so many cool, exciting neighborhoods interlocking in what seems like a city with no limits. 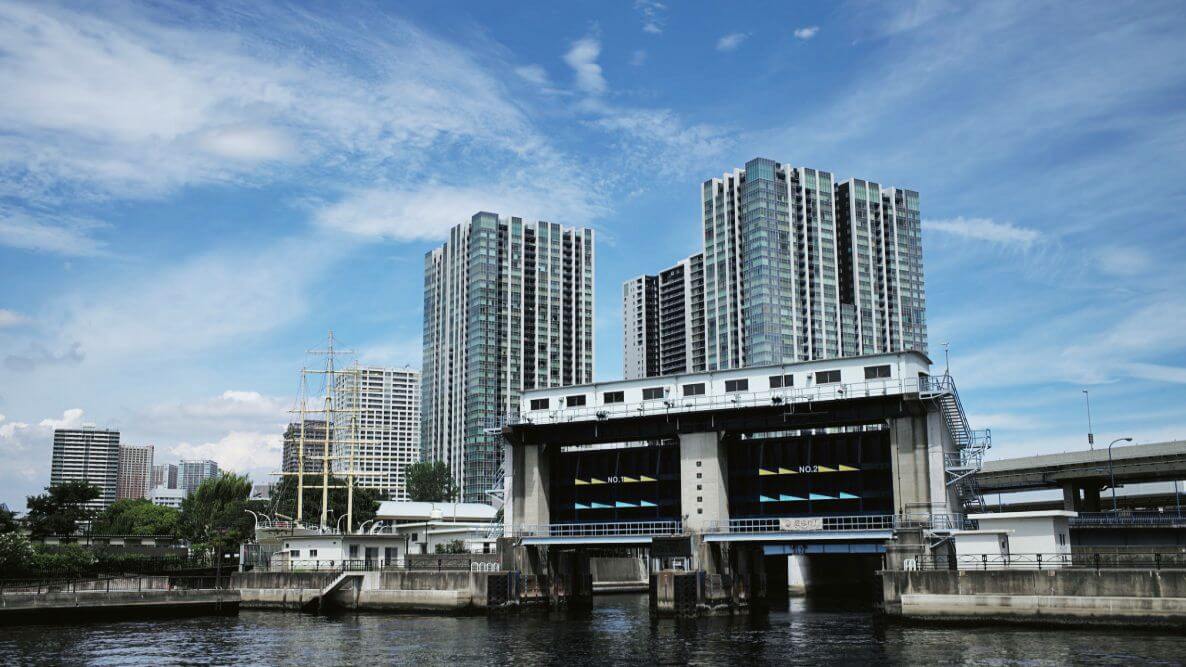 The Tennozu Isle was a relatively unknown area until the early 2000s when they constructed a new subway station that linked the island with the rest of the city. Development ensued and what was once a lost corner with industrial warehouses and storage lots is now one of Tokyo’s trendiest neighborhoods.

There is a lot going on any given day in Tennozu Isle. The 200,000 sq. mtr island is sprinkled with a vast array of cafes, shops, restaurants, museums, an open-air market as well as galleries that hold various exciting art events. In the fall of 2015, the famous Pow! Wow! art collective alongside with some Japanese artists got the honor of giving the neighborhood’s walls a makeover.

Numerous large-scale murals decorate the streets of Tennozu Isle giving this dynamic neighborhood even more flavor. World-renowned artists like Dean Veca, Ben Horton, Fafi, as well as many others got together and created some iconic murals which have been one of the neighborhood’s biggest attractions.

Sadly, a number of works dating back to 2015, such as the giant “SUMO!” by German artist Case Maclaim, have already been buffed or removed, but those that remain do not cease to amaze the visitors who come to appreciate them.

To think that murals of such scale are made with a simple graffiti spray can is mind-boggling. To see the photos is one thing but when standing in front of it, the task of painting such a huge artwork with spray paint is incomprehensible for most people and this is in part what makes it so special and impressive. 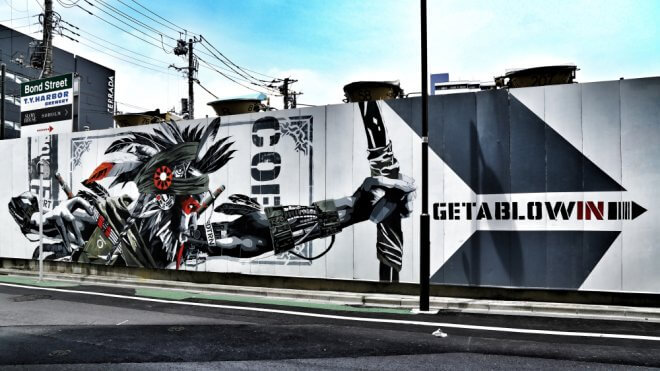 While on topic of art supplies, another awesome establishment which is worth visiting is PIGMENT. The store holds 4,200 pigments and 200 unique brushes amongst many other rare specialty items like antique paint sticks and animal glues. The displays in the store are simply breathtaking to the point where it looks more like an art installation rather than your typical art supplies store.

Once you are back outside, walking along the streets of Tennozu is like walking in an oversized outdoor street art gallery. This urban museum is full of pleasant surprises. Beautiful colorful art pieces of different sizes and styles are waiting for you right around every corner. Street art belongs on the street, this is where it started and this is where it will always thrive and show its true potential.

The giant murals in Tokyo’s Tennozu Isle display this phenomenon in its purest form. When street artists are given the space, time, and recourses to go all-out and unleash their full capabilities, amazing things come to life.