In a recent public discussion, Antonio Muñoz of the Seville City Hall made an interesting comment about the increasing difficulty in attracting new tourists: “now we have to go out and sell; before they used to buy us.” 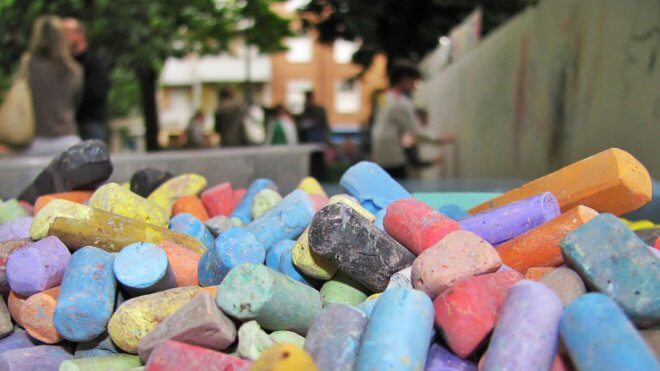 In fact, managing to get noticed on the basis of a distinctive cultural identity has become a tall order for any city. And on the other hand, it is not easy to combine income and jobs generation with sustainable urban development, in a historical phase in which, moreover, 54% of the world population lives in cities.

Culture alone is no longer sufficient, while the countless labels and city awards assigned worldwide seem to have lost most of their significance. Can creativity be the much needed solution? The term “Creative Tourism”, coined in 2000 by Richards & Raymond, identifies a niche of cultural tourism in which the visitor feels a part of the city and is called to play an active and creative role, for example by producing arts or crafts during a workshop or an event.

According to the working group of the International Conference on Creative Tourism, held in Santa Fe (USA) in 2008, creative tourism is the third phase in the evolutionary process of the sector, previously dominated by beaches and culture consumption. Their definition remains quite effective and utilized:

Creative tourism is travel directed toward an engaged and authentic experience, with participative learning in the arts, heritage, or special character of a place, and it provides a connection with those who reside in this place and create this living culture.

In just a few words: “less museums, more squares.” But what may seem like a praise to a more spontaneous and authentic travel style actually has resulted in elaborate urban revitalization projects, well represented within the UNESCO Creative Cities Network. Created in 2004, the UCCN covers seven creative fields (crafts and folk arts, media arts, film, design, gastronomy, literature, and music) and has increased its membership from 9 to 116 over the last eight years.

Each member must guarantee a long-term commitment on a main theme and its achievements are periodically monitored and shared to ensure that the network serves as a laboratory of innovative ideas and experiences.

But creative tourism is also supported by non-profit initiatives like the Creative Tourism Network, integrated research projects such as CREATOUR in Portugal, and a few regional and national platforms (Creative Iceland, Kreativ Reisen, etc).

They all identify creativity as a key driver of growth and, unlike those selling standardized peer-to-peer local experiences, they make sure that the local community is involved, not only from the economic point of view.

At the political level, creative tourism can also allow a better seasonal and spatial distribution of tourism flows, as well as the requalification of entire areas of the city. And tourists, for their part, can take advantage of the holidays for learning and self-development in a much more active and engaging context.

Creativity is closely linked to the magic of the unexpected and authenticity can not be bought or be artfully recreated. While we may prefer the spontaneous discovery of local cultures, creative tourism still looks like a big step forward compared to the clichéd cultural tours and local experiences now in vogue.

If the search for an individual identity by the tourist can help cities develop or renew their own cultural identity everyone can benefit from it. This probably seems too good to be true, but why put limits to our creative imagination?