If travel is broken, Airbnb Trips is unlikely to “fix it”. Yet the analysis they do on their blog is largely agreeable. Certainly “travel has been replaced by tourism” and “we continue to distance ourselves from the places we visit”. But how can they claim to bridge that distance with cliché experiences? 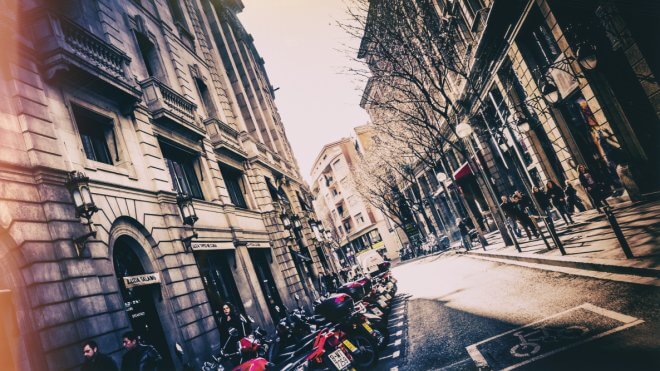 Walking in the Streets of Barcelona with Detour – Photo Courtesy: Luc Mercelis @ Flickr

I was in Barcelona when I read about the launch of Airbnb Trips and among the numerous partnerships announced, I was particularly fascinated by that with Detour, a mobile app for location-aware audio walking tours, founded in 2013 by Groupon’s Andrew Mason and currently available in ten major cities.

It’s hard for travelers to find authentic experiences that make them feel a real connection to a place and the people that live there. […] We wanted a way to give people access to the people and stories that would bring every street corner to life – on their own terms. We think there should be a platform for augmenting the real world with audio that helps the walls talk – that’s why we created Detour.

Usually, the tours and activities which take place in Barcelona have titles such as “Intimate eBike Tour with Gourmet Tapas and Wine”, “Gaudi Route on Segway”, or “Gourmet Tapas Walking Tour and Flamenco Show”, so the fact that the only walk in Barcelona on Detour was called “Summer of Anarchy” just moved me.

For less than 5 dollars, I could “relive the incredible story of the first anarchist revolution with the people who fought it“, including Concha Liaño and George Orwell. Too tempting to resist. Homage to Catalonia resounded in my mind:

And the whole huge town of a million people was locked in a sort of violent inertia, a nightmare of noise without movement. […] Looking out from the observatory, I could grasp that the Ramblas formed a dividing line. 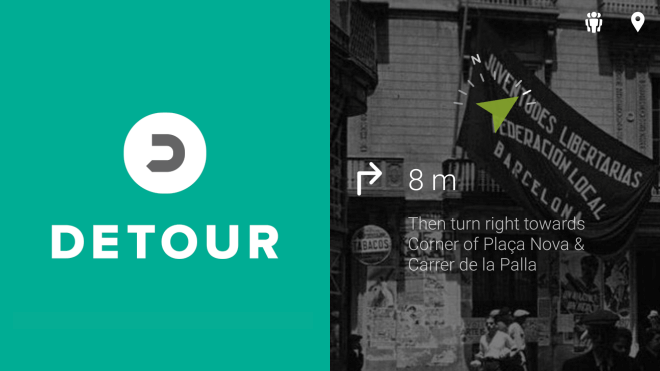 Detour’s “Summer of Anarchy”: No Tapas for My Audio Walking Tour in Barcelona

Armed with my camera, cell phone, and headphones, I was ready to “regain” Barcelona’s downtown. Yes, because the goal was basically to find out whether this part of the city should be considered off limits by the mere fact of being at the mercy of tourists or whether it is still possible to connect with its true spirit.

To take full possession of the reality of space, I forced myself to act like any tourist, strictly following the instructions of the audio guide. An iron discipline in all respects similar to that of the young libertarian anarchists of the 1930s.

The walking tour symbolically starts from Barcelona’s Funky Lobster Statue, and then touches the waterfront, the Columbus Monument, Las Ramblas, and the Old Town, up to San Felip Neri Square, whose Baroque church still bears the marks of the Civil War. Here the kids playing soccer on the scarred facade of the church made the miracle, creating the only truly genuine moment of the tour. 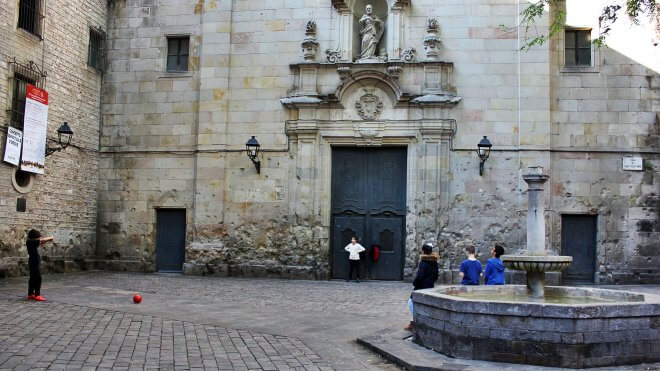 In the previous hour and a half, in fact, the noise of the bombings and the stories of fighters contrasted with the forced joy of tourists intent on shopping or taking selfies. Old bunkers and underground printing facilities have been replaced by souvenir shops and tapas bars. As happened in many other European cities, the authenticity of the sites has been sacrificed on the altar of economic interests.

Nevertheless, the tour was totally inspiring. The surreal relationship between narrative and reality leads to believe that perhaps it is still possible to trace new paths even where everything seems to be lost. The concept of augmenting the real world perfectly adapts to the tourist atmosphere of the big urban centers and really allows to reimagine the space overcoming its physical drawbacks.

Think how great it would be to do an audio walking tour mindfully designed by a local poet, an architect, a painter, or a musician. Their unique imagination and knowledge of places could bring back to life the remains of a glorious past.

Update: the Detour app has been discontinued as of June 1st, 2018.