Americans come to Europe to admire the ruins of the past, in search of an ephemeral beauty that fits common aesthetic canons. Personally, I am much more interested now in what will be the ruins of the future and I’m ready to accept ugliness, discomfort, and decadence in the name of true exploration. 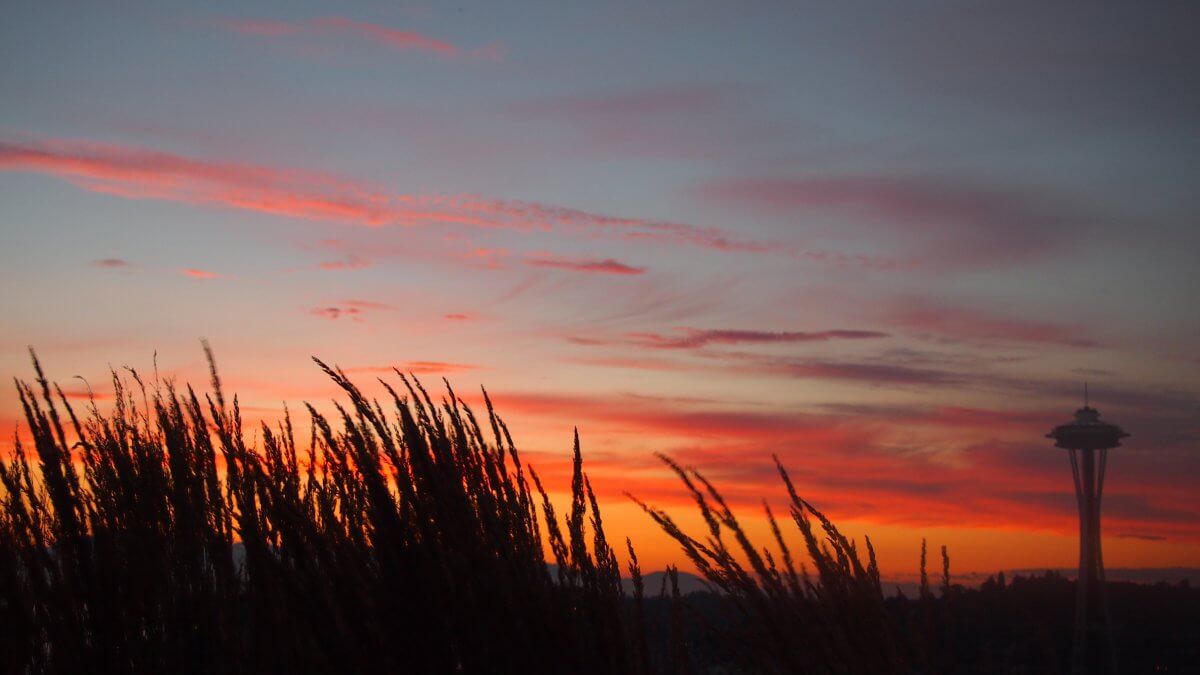 That is why I organized a US coast to coast trip that will touch seventeen cities, from Boston to Seattle, and as many states. A month and a half of traveling – mostly by land – to get an overall idea of what the North American continent has to offer. Although not comparable to the historic journey of the nineteenth-century pioneers, it is still a full westward adventure.

Nowadays, the greatest added value of traveling consists in the expectations that are created. Hence the need to share it before it actually takes place. So, here we go. Preparing for a US coast to coast trip begins by drawing a line on the map.

In order to shape the initial idea, I used our trip planning series. Rome2Rio, in particular, proved to be essential to connect the dots and find the best means of transport. In the end, a fair mix of trains, , and internal flights should help me cover the distance in time without entirely losing contact with the ground.

Once the itinerary was set, I started looking for accommodation but the search turned out to be more complex than expected. In fact, with the exception of the 5/6 largest and most visited cities, the offer is extremely limited and the United States remains super expensive for a European traveler, despite the low dollar. A private room on Airbnb is almost always the only way to spend less than $90 per night and avoid hostel dorms or rundown hotels. I’m far too old for that.

The great gentrifier made the trip viable as well as giving me the opportunity to meet local people and numerous pets, including five dogs, a guinea pig, and an elderly 16-year-old cat fondly called “Hopeless” (I’m sure we’ll get along).

The fun part, however, was saving places on Google Maps. Roadtrippers, Atlas Obscura, Walk Score, and Wikivoyage are excellent sources of inspiration and the clusters that are formed help you to imagine paths and pre-taste the journey. Once there, it should then be easy to move around and enjoy the experience.

Finally, OneNote is another amazing tool to put things together and make them usable. Creating a notebook with a folder for each destination city allows you to collect and organize articles, maps, routes, events, and other key documents. 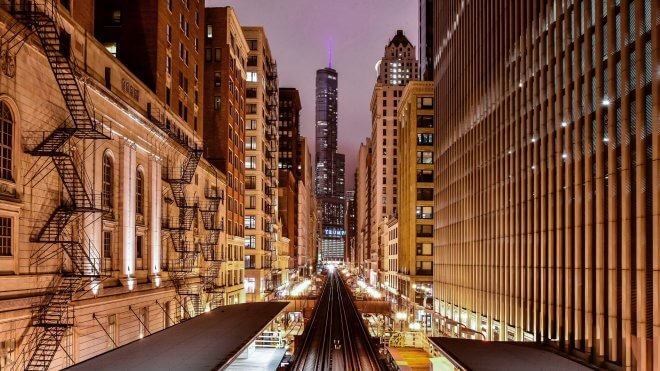 One of the problems with a US coast to coast trip is that it has to be planned well in advance, leaving much room for imagination and a possible rude awakening. What follows is a pre-trip recap full of naïve expectations and stereotypes.

How could there be any better starting point? Boston is hilly, walkable, and has experienced a Bloody Massacre similar to the 3rd of May painted by Francisco Goya. In short, it won’t even feel like being abroad, if it were not for the sea.
Want to go/do/see: Walk to the Sea, Rose Kennedy Greenway, Mapparium, Skinny House

Too big and crowded. All this exhibition of power, wealth, and cosmopolitanism may also be interpreted as vainglory. At a closer look, this is only the 4th largest metropolis in the world and now would leave Fritz Lang completely indifferent.
Want to go/do/see: Green-Wood, LISA Project, NYBG, The Explorers Club, Owl’s Head

Often referred to as the birthplace of America, Philly jealously preserves Rocky Balboa‘s legacy and pieces of Albert Einstein’s brain. I will try the cheesesteak, but no selfie with the bell, please. I’m very picky when it comes to freedom.
Want to go/do/see: Rocky Steps, ICA (Free Gallery), Italian Market, Boathouse Row

A gritty old seaport town with undeniable charm which is known for having a serious rat problem – or maybe it would be better to say a people problem.
Want to go/do/see: George Peabody Library, Poe’s Memorial Grave, Druid Hill Park

Built by George Washington himself, the US capital has a strong black heritage, well represented by the historic “I Have a Dream” speech by civil rights activist Martin Luther King Jr. at the Lincoln Memorial in 1963. Do dreams come true?
Want to go/do/see: Smithsonian, NGA, Dupont Circle, Jump on a Bike, Rock Creek Park 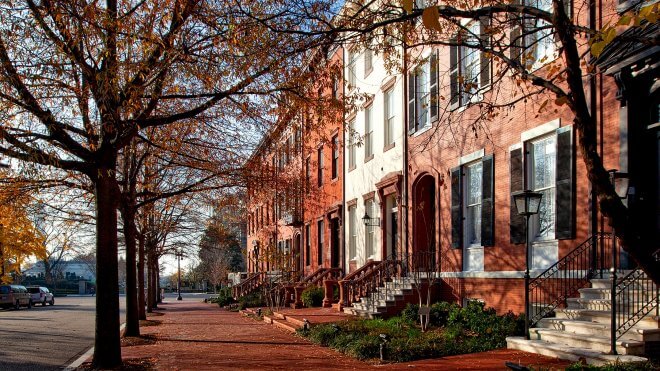 Known as “The Armory of the Union” during the Civil War and more recently “The Steel City”, Pittsburgh also owes much to Heinz’s ketchup and Warhol’s pop art. For many, it’s one of the most naturally scenic cities in the country.
Want to go/do/see: Three Rivers Heritage Trail, The Warhol, The Pirates, Church Brew

Here the lush forests have become golf courses over the years and I suspect that nothing greater than the lake is left. About themselves, they say: “We have got world-class experiences without the world-class ego.” Let’s see who’s right…
Want to go/do/see: Hope Memorial Bridge, Cultural Gardens, The Arcade, Lake View

With a reputation for crime and urban decay, the world’s automobile capital also witnessed the advent of “Motown sound”, modern techno, and rock music. As for its near future, it seems to be linked to design, innovation, and creativity.
Want to go/do/see: People Mover, Lafayette Park, Central Station, Michigan Theatre

The place that inspired Gotham City is the home of blues and internationally acclaimed architecture (as well as Pitchfork and Lollapalooza). And FYI, Frank Lloyd Wright lived just one block away from Ernest Hemingway’s birthplace.
Want to go/do/see: F. L. Wright’s Oak Park, Wabash Arts Corridor, The Loop, MCA

Acquired from France as part of the Louisiana Purchase, this river city was the last major stop before the pioneers journeyed to the Pacific coast. Apparently, St. Louis has (or at least had) more free attractions than most American cities.
Want to go/do/see: Laclede’s Landing, Forest Park, Climatron, Pulitzer Arts, The Loop

Known for its jazz, fountains, and BBQ, KC has always had ties to Hollywood and played a crucial role in the history of the American frontier. Unfortunately, little remains of the old western trails that crossed the city two centuries ago.
Want to go/do/see: Westport Walking Tour, 18th & Vine, Nelson-Atkins, Public Library 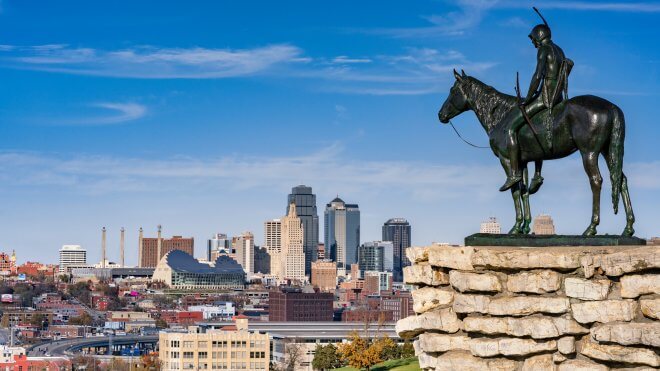 Located at an altitude of 1,600 m above sea level, Denver lies where the Great Plains give way to the Rocky Mountains. Its cowboy and mining past smoothly combines with present-day arts scene and environmental consciousness.
Want to go/do/see: Easy Hike, Okuda’s Church, RiNo, Cheesman Park, Beer Garden

This city reborn from the ashes has been designed as a chessboard for you not to get lost but the torrid climate and the noisy cicadas will leave no escape.
Want to go/do/see: Desert Botanical Garden, South Mountain, Heritage Sq., Arcosanti

LA is a network of disparate communities full of sharp contrasts and somehow still bound to nature. The global capital of the entertainment industry gave birth to the Crips and Bloods but also to California’s famous surf culture and lifestyle.

Almost completely rebuilt after a devastating earthquake in 1906, San Francisco managed to overcome even the dot-com bubble burst. Its veiled beauty never ceases to attract artists, rebels, and innovators from all over the world.
Want to go/do/see: Coastal Trail, North Beach, Buena Vista, SFMOMA, Jump on a Bike

Evergreen forests, pristine blue waters, and snow-covered mountains surround its downtown’s metallic skyscrapers. Perfect, if it wasn’t for the weather. Hit by the gold and grunge fever, now seems to be in the middle of a new rush.
Want to go/do/see: Discovery, Volunteer, Olympic Walk, A Sound Garden, SODO Track