Last week we have seen how travel destinations are trying to stem the flow of mass tourism. Caps on tourists, visas, special permits, tax fees, or even the closure of overcrowded places, are the remedies to untolerable situations. 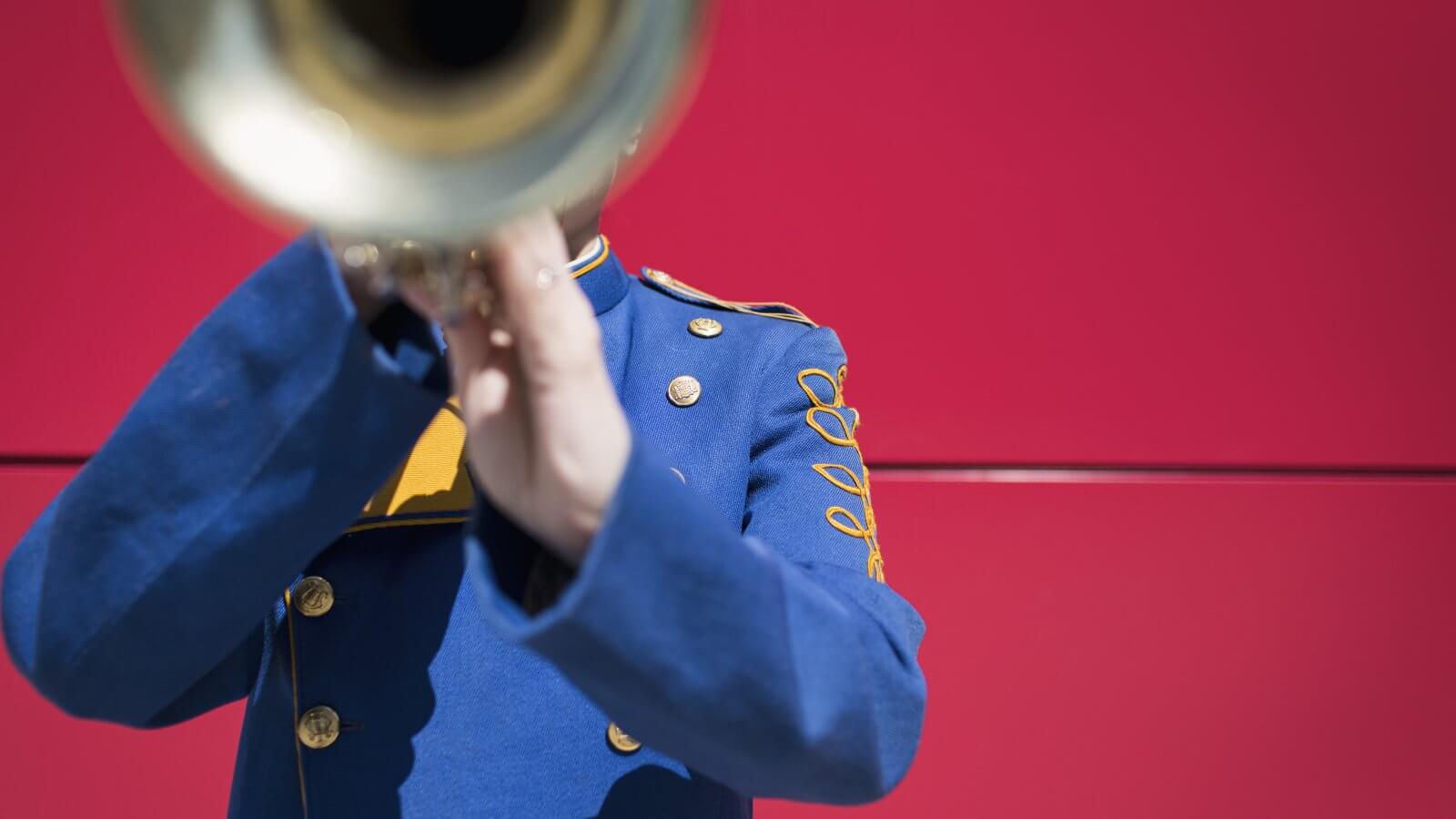 But is there a way to prevent mass tourism and its harmful effects? And what role can marketing play in this regard? In today’s culture everything must be marketed, countries too! We all remember “memorable” campaigns, such as “Cool Japan”, “Incredible India”, “Amazing Thailand” and “Drink Finland”, just to name a few. Easy slogans for a general, not fussy audience.

Nations, just like big corporations, need to rebrand or change logo. Two cases made headlines recently: New Zealand, which has held two referendums to choose its new flag, and the Czech Republic, that now calls itself “Czechia”. On the other hand, the perception of countries, just as that of brands, is measured annually by the agency Futurebrand, and the results are always fascinating. 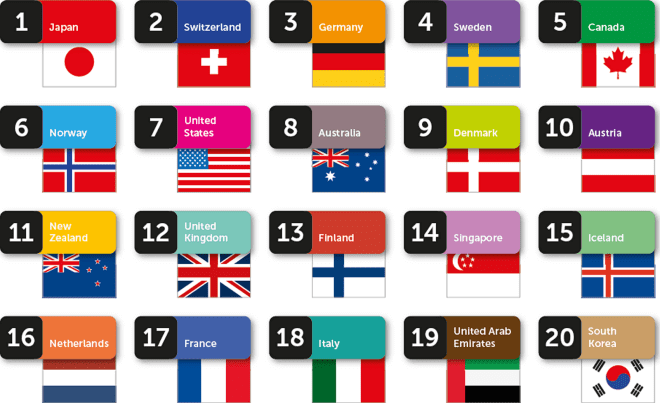 Here we will only point out a few things. The identity and positioning of each country depends on various factors, including the geographical location, its climate, the historical, cultural and natural heritage it can rely on. Reasonably, people’s perception can’t ignore this, and leads to say, for example, that Italy is fabulous for tourism and culture, Sweden and Switzerland have a unique value system and an enviable quality of life, Japan is good for business & tech, etc. etc. 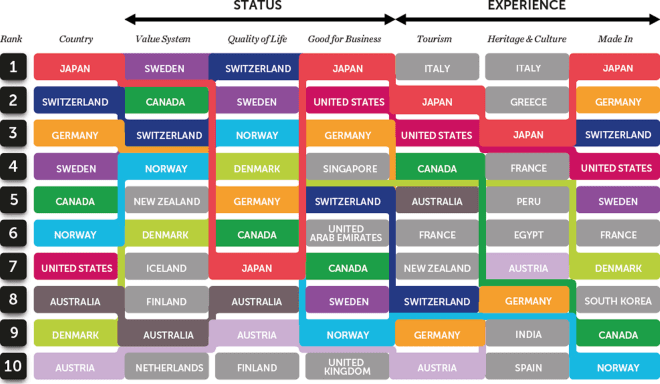 It’s also interesting to notice that only 22 of the 75 countries surveyed by Futurebrand qualify as brands, meaning that are strongly perceived by the public. Spain is just outside, ranking 23rd, even though it has few rivals for all the earlier mentioned factors. We won’t go into details, but perhaps the fact that each of its regions is promoting itself in a clumsy way, and even in different languages, does not help. Besides, as already mentioned, the fact that Barcelona is synonymous with parties, sun, and football didn’t produce enviable results.

Among the Top 20, in at least two cases marketing was essential to strengthen people’s perception. Switzerland and Iceland have been able to build a strong brand identity, playing with irony and dropping the formal language to adopt a more natural and distinctive tone. Just think of how it must have been hard to humanize and give a friendly voice to a country like Iceland, whose majestic landscapes seem to belong to another planet.

But other countries are moving forward, trying to gain the limelight. Among them Slovenia, that has not even a tenth of Spain’s assets, and doesn’t really top in anything, but almost 10 years ago came up with this Brand Book, impressive in many respects. The Slovenian Government expresses exactly as any good CEO would do with his employees:

By experiencing the brand on a daily basis we’ll communicate a clear picture of the benefits, advantages, and other characteristics that differentiate Slovenia from other countries to our visitors, investors, tourists, and global average users.

Today Slovenia, with a really brilliant move, markets itself as “The Green Heart of Europe“, but falls short on significant details. Doesn’t this look more like Ukraine under attack than the environmentally friendly Slovenia?

In conclusion, travel marketing and country branding play an important role in how nations are perceived by people, and can determine their touristic future. Each country, by analysing its essence, can promote successfully on the global stage to enjoy a “High Value, Low Impact” tourism with no “Barcelonification”.

But to attract authentic travelers, this certainly is not enough, and should be integrated into an overall tourism strategy, also made of inflows regulations, a consistent cultural and naturalistic offer, the protection of its heritage, and the refusal of any easy money temptation. Seems easier said than done, though.