While preparing the content materials and studying about the alternative forms of tourism, we bounched into a few blogs and articles mentioning or supporting the so called “Anti-Tourism”. 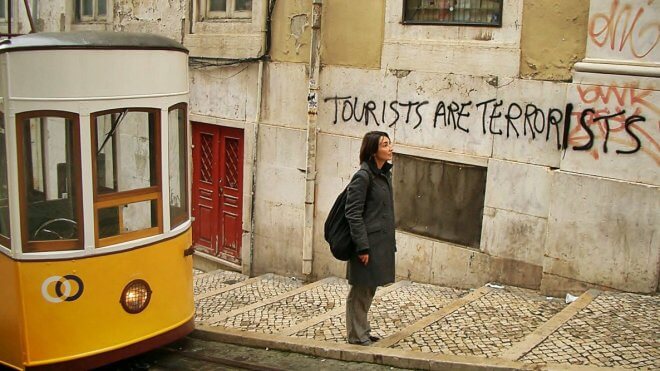 As the world has become smaller so its wonders have diminished. There is nothing amazing about the Taj Mahal, the Great Wall of China or the Pyramids of Egypt. They are as banal and familiar as the face of a Cornflakes packet. The true unknown frontiers lie elsewhere. The duty of the traveller, of the voyager, is to open up new zones of experience. In our over explored world these must of necessity be wastelands, black holes, and grim urban blackspots: all the places which, ordinarily, people choose to avoid. THE ONLY TRUE VOYAGERS, THEREFORE, ARE ANTI-TOURISTS.

It is absolutely brilliant and we take this opportunity to praise its author, Daniel Kalder (a pseudonym), recommending to read his book “Lost Cosmonaut”. 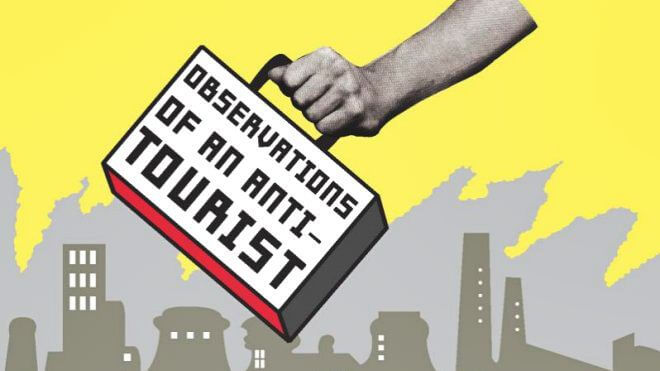 Daniel Kalder on Anti-Tourism – Lost Cosmonaut: Observations of an Anti-Tourist – Buy on Amazon

The tourist spots mentioned in the beginning are what we call “blockbusters”, which can’t be attractive for an authentic traveler, who’s clearly uninterested in conventional sightseeing. We couldn’t have expressed in a better way the need for alternative travel to look into other directions, even though we should also remind to ourselves how the touristic areas lifecycle works: today’s “voyagers” are in fact the very beginners of what we subsequently call tourism.

The last sentence of the book’s intro though, let us explain a very important point. We’re leaving back the irony now. We all are tired of tourists, yet each of us can also be held up as a tourist at some point, by the locals, for example. But, even more importantly, in itself, there’s nothing wrong with being a tourist.

As a matter of fact, both a traveler and a tourist, among other things, try to escape from the alienation of daily life. What differs is the way they do it. While ordinary tourists are trapped in a crazy consumerist machine which overtakes everything, travelers already “freed” themselves, regardless of the fact that this may be due to social, cultural or economic factors. We’re constantly surrounded by ignorance, stupidity, and bad taste, but this shouldn’t prevent us from trying to improve things. More than a contrast, we prefer to imagine an evolution.

Tourism starts to be a problem when it assumes mass proportions and does not respect local identities. We believe that in the intellectual debate this aberration should be fought by educating people and proposing viable alternatives rather than with simplistic slogans, as the anti-tourism position seems to suggest.

On the other hand, the growing anti-tourism sentiment of those living close to popular tourist attractions is totally understandable and we hope it can promote strong political action. It expresses a social anxiety that deserves to be resolved.