The best time of the year, Indian summer, is around the corner, and with it, the culture scene in New York City gets back its steady beat. Here is an early fall selection for you. Just browse the map or read on below to check it out. 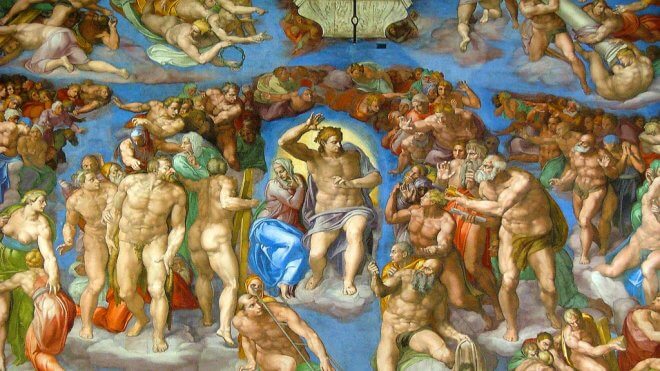 The pictures of Michelangelo’s frescos on the ceiling of the Sistine Chapel in Vatican City will be on view at the Westfield Garden State Plaza in Paramus, NJ on Sep 1 – Oct 15, 2017. Using the modern means of digital photography, the Up Close exhibit conveniently brings down to eye level the timeless Creation story from the Book of Genesis. The 34 original size pictures with well-written labels covering the historical details will be on view in a well-lit and spacious hall. The viewers don’t need to crane their necks while being hurried by the guards.

This is the second location for the Up Close exhibition after July 2017 show at the Oculus of NYC World Trade Center Transportation Hub. After staying in Paramus, NJ till October 15, 2017, the exhibition will travel around the US.

Norah Jones will perform in the welcoming settings of (Le) Poisson Rouge in Greenwich Village, NYC on September 10-14, 2017. Nine times Grammy award winner, Jones name recognition occurred overnight in 2003 when her 1st album “Come Away With Me” released a year earlier by Blue Note Records became an international sensation. With a well-established presence on the music scene, Jones delicate singing is rightfully falling into the jazz fusion category.

Growing up in Grapevine, TX in a family formed by American concert producer Sue Jones and Indian sitar maestro Pandit Ravi Shankar, Jones started singing in church and taking piano lessons from early on in her life. The music of such jazz masters as Billie Holiday and Bill Evans had a strong influence on her. So it was not a coincidence that she had graduated from the University of North Texas majoring in jazz piano. The LPR concerts are set to delight her NY fans!

Find out more about the artist as well as the dates and tickets here. 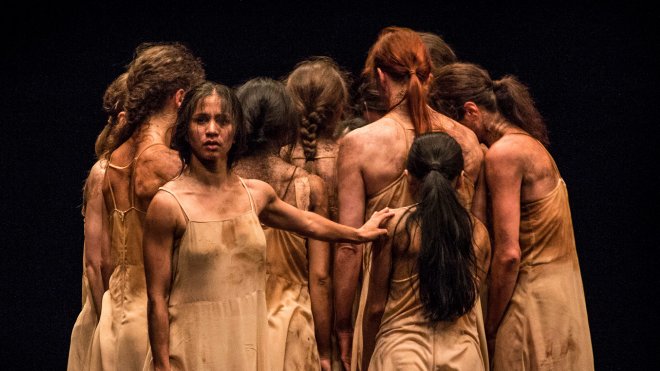 This year Tanztheater Wuppertal Pina Bausch brings to New York a historic double bill of Café Müller set to the music of Henry Purcell and Stravinsky’s The Rite of Spring. The performances will take place at BAM on September 14-24.

Bausch‘s powerful choreography combined with the depth of psychological dramas will impress everyone from ballet fans to someone just exploring the genre. Tanztheater Wuppertal’s show opens the 2017 Next Wave Festival at the Brooklyn Academy of Music which will continue through December 16, 2017.

From 1984 when Pina Bausch Tanztheater had its debut in New York, it became a highly anticipated guest on NY dance scene.

Café Müller (1978) likely includes autobiographical elements, as the Bausch family owned a café where Pina, still a child, made her first dance performances entertaining the guests. The complex tale acted out by the dancers is amplified by Henry Purcell‘s arias mixed with intense moments of silence.

The second part of the bill is The Rite of Spring (1975) to the powerful score of Igor Stravinsky. In Bausch’s take, at times it seems that the dancers’ movements are making the music itself so close the choreography is in following the score.

World War I and the Visual Arts at Met Museum 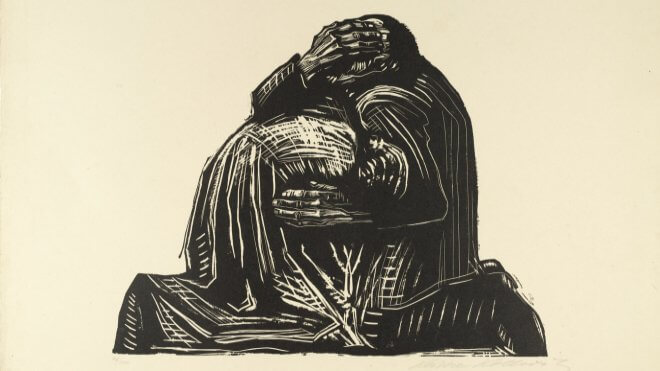 The exhibition World War I and the Visual Arts will be on view at the Met, Fifth Avenue Museum from July 31, 2017 – January 7, 2018. The Met museum curators had organized this small but highly powerful exhibition in chronological order.

It starts with the patriotic posters issued by each and every country that took part in the military actions at the time. This heroic and brave mood changes to moans of the wounded and the tears for the dead as depicted in the works by Käthe Kollwitz, Otto Dix, George Grosz, Gino Severini, and many others.

In the first gallery, there are cautious works from 1914-15 such as lithographs by Natalia Goncharova, graphics by Christopher R. W. Nevinson and Gino Severini. Those works, made at the beginning of the war, tell of the artists’ expectation of some sort of redemption. As the viewers walk through the galleries the colors darken as the horror unfolds.

The last gallery in the exhibition delivers probably the most powerful message begging to remember where the war leads. In that gallery, you will find The War, a cycle of fifty etchings by Otto Dix, the drawings by George Grosz satirizing the military’s high ranks, and the lithographs by Käthe Kollwitz. The show’s message is particularly relevant today amid the reckless threats and provocations.

Find out more about the artists, the venue, dates, and tickets here.

Norwegian pianist Leif Ove Andsnes will perform with New York Philharmonic at David Geffen Hall of the Lincoln Center on October 12 – 14 and 17, 2017. The program with a conductor Paavo Järvi includes the New York premiere of Eka-Pekka Salonen Gambit followed by Rachmaninoff and Sibelius.

L. O. Andsnes’s measured and exact style is well-known to the audiences around the world. This season he will serve as The Mary and James G. Wallach Artist-in-Residence by the New York Philharmonic appearing with three concerto shows and a recital in his only New York performances.

Andsnes debuted on the New York music scene in 1997. From that time, he had 28 concerts with NY Philharmonic as well as performances at Carnegie Hall and other renowned venues. Last year he had successfully collaborated with pianist Marc-André Hamelin giving Two Pianos recitals in NYC featuring Stravinsky‘s “The Rite of Spring”, as well as the music of Mozart and Debussy.

The majestic music by Rachmaninoff and Sibelius combined with the highly anticipated premiere of Salonen’s piece will surely satisfy the concert-goers.

Find out more about the musician, the venue, dates, and tickets here.

Mummies at the American Museum of Natural History 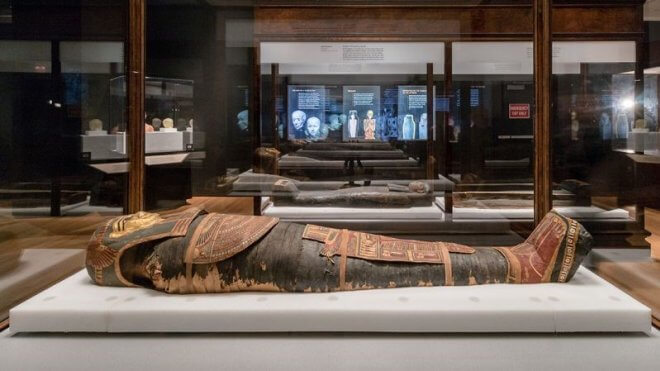 The techniques for mummification were developed and practiced by people from the ancient times. Naturally, dry and hot climates are the most suitable for preserving the dead bodies, so it’s no coincidence that pre-Columbian Peru and ancient Egypt were both the keepers of the embalming traditions.

It is worth remembering that the rituals were extended to the animals as well. The exhibition at the American Museum of Natural History, on view until Jan 7, 2018, expends on the mummification techniques and the rituals associated with them in these ancient cultures located on the opposite sides of the globe.

The exhibit at the American Museum of Natural History comes from the Fields Museum in Chicago, IL. Interestingly, some objects on view were not exhibited from 1893, when the World’s Columbian Exposition took place in Chicago.

In addition to the mummies, the show is rich with history and facts about embalming, spiritual practices surrounding them, and interactive elements for better learning and exploration. State of the art screening tools such as the CT-scanner, now widely used in archaeology, are also part of the AMNH exhibit.

Find out more about the history, the venue, dates, and tickets here.