I was fortunate to be the 13th person in 2017 to visit Ittoqqortoormiit in East Greenland in March this year. The remotest inhabited community in the western hemisphere with 373 people, Ittoqqortoormiit is located above the Arctic circle at the mouth of the largest fjord system in the world. 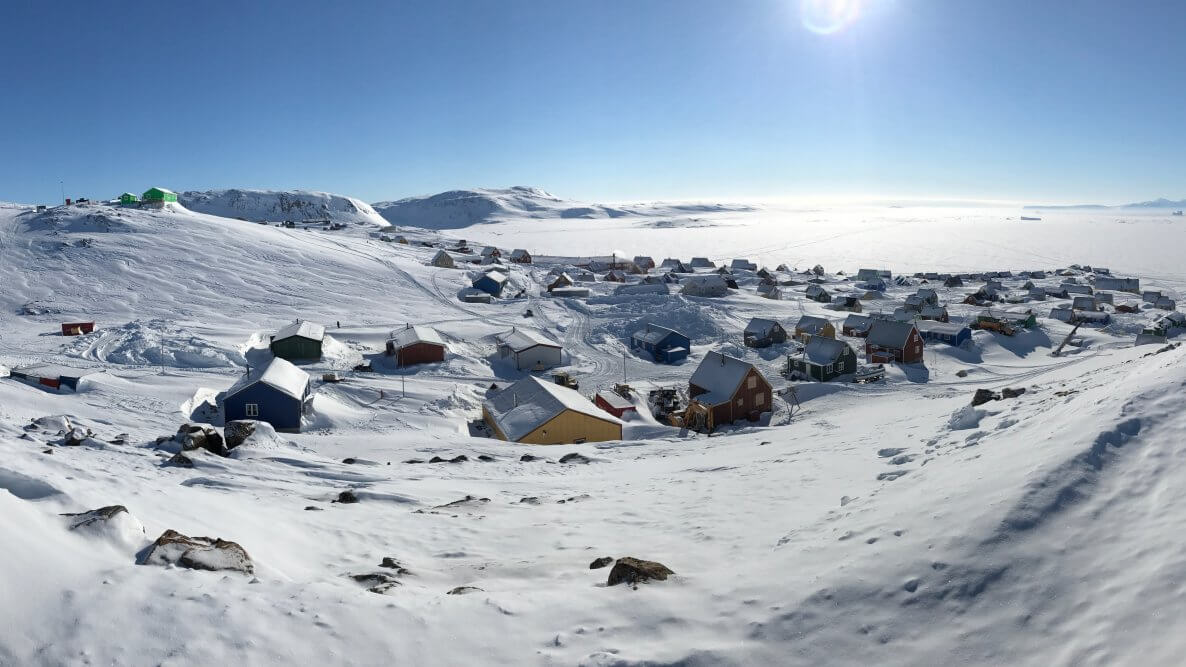 We flew from Reykjavik (Iceland) to Constable Point (an airport that serves the least population of 15 people by road in the world that we landed on snow) and from there took a 10-minute helicopter flight to Ittoqqortoormiit. As the town is covered in snow 9 months of the year, the only method of transport then was snowmobiles or dog sleds. In summer, the journey could be done by boat. 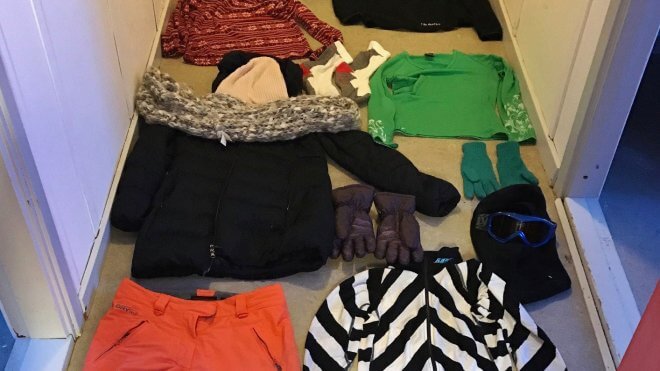 It was -25°C at the end of March. To endure a snowmobile ride in that condition, I wore: 1 thermal body suit, 1 thermal top, 1 jumper, 2 fleeces, 2 pairs of socks, 1 pair of tights, 1 pair of long johns, 1 ski pants, 1 down jacket, 1 balaclava, 1 hat, 1 hooded down jacket, 1 ski mask, 1 shawl, 1 big hooded overall, 2 pairs of gloves and an extra sheepskin lining in a pair of borrowed moon boots. I wish I had worn more. Going to the toilet with all that stuff on proved to be a challenge. 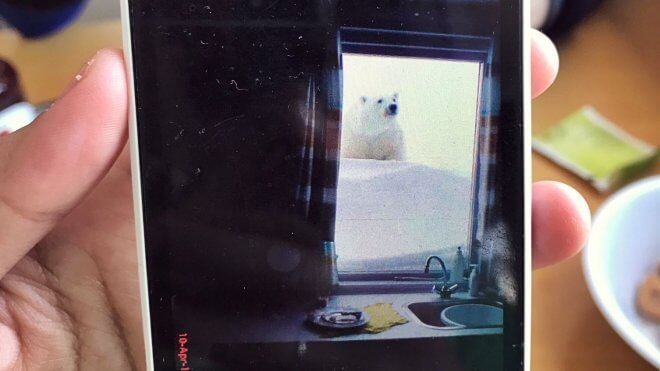 Polar bears are a real threat there. Our guide showed us a picture of when a polar bear came right up to the window of his kitchen and looked in at him and his grandchild having breakfast. Makes you wonder who is caged in the zoo now. Another local guide mentioned that her nephew spotted a polar bear wandering the streets outside their house as they were having dinner one night. They called the police whose main job there was to scare polar bears away. We were on the lookout for polar bears but did not catch a glimpse of the elusive beast. 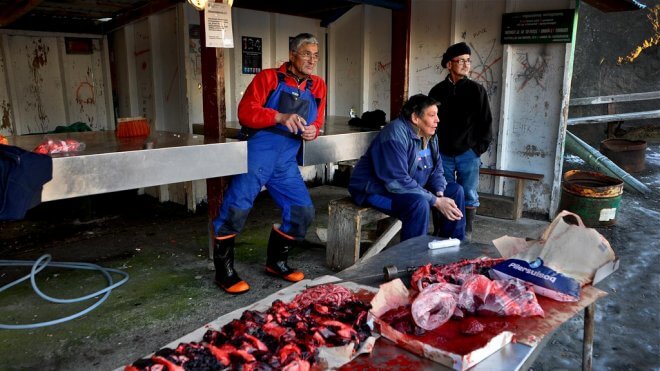 The locals eat musk ox, polar bear, seal, whale, narwhal skin (a delicacy), walrus, and more. They are allowed to hunt 35 polar bears and 62-65 narwhals a year. Musk ox was really delicious and gamey. The polar bear which was cooked by our guide together with rice tasted a lot like beef. These meats are not available to be bought from the supermarket. You’d get them fresh from the hunters.

The government of Greenland prohibits the export of these meats and are solely for local consumption. We also cooked simple meals with food we brought with us like pasta and made sandwiches. The potatoes we bought at the supermarket were from the last ship that came from Denmark. 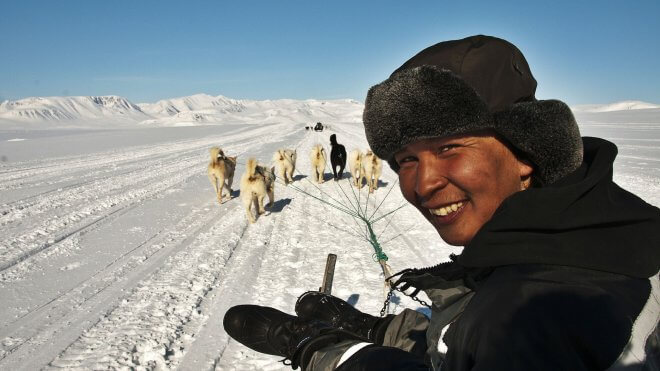 Most of them are of Eskimo and Danish descent. I was told about 30% of the men are professional hunters and all men are semi-professional hunters. There is one police, 2 people working at the fuel station, some people working at the supermarket, there is one Danish doctor, the wife of the police is a hairdresser from Denmark, people that collect trash, deliver water, teachers, etc. For fun, they go skiing or sightseeing in Cap Tobin or Cap Hope to look for polar bears. 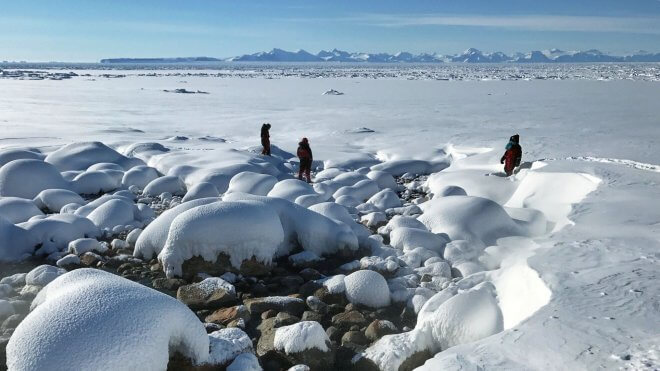 We spent our entire first afternoon walking around the village and on the sea ice, passing by the Husky dogs and polar bear skin hung out to dry. I said hello to the local kids we passed loitering around the playground covered with snow. The next day we did a snowmobile drive to Cap Tobin which is about seven km from Ittoqqortoormiit. Jan our guide told us that during breakfast one summer day, he saw more than a hundred narwhals from his living room window.

From there we went to the warmest hot springs in Greenland. We then drove on the untouched sea ice through icebergs before stopping at our guide’s house to warm up with some tea. That afternoon on the way to the airport, we made a detour to Cap Hope where the locals go for their summer holidays. As 3 out of the 4 of us had done dog sledding before, we decided not to do that excursion. 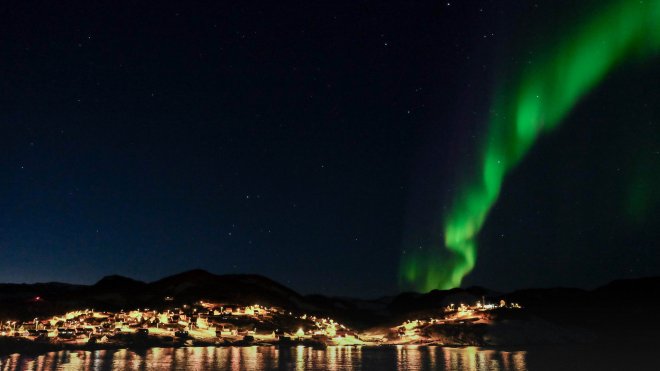 1- Seeing the northern lights from the living room and our bedroom window was a dream come true. I couldn’t help but to scream and shout with joy when I saw them shifting, swirling, and dancing away so beautifully across the night sky.

2- The snowmobile drive on the sea ice near Cap Tobin between the trapped frozen icebergs felt surreal. I actually sat on an iceberg. Knowing that there could have been a narwhal swimming somewhere deep below us was mind boggling.

3- As there were no scheduled helicopter flights the day we wanted to head back to the airport, we had to endure a two-hour snowmobile journey in the freezing temperatures. It was then that I saw the most incredible sunset of my life. The halo around it was truly extraordinary to witness.

I struggle to describe how special Greenland was. It is so different to anything I have ever seen and experienced (and I have been to 103 countries). Perhaps this island in the north stole my heart for the following reasons:

The nothingness. The vastness of space. The insignificance of you. The remote wilderness. The dominating landscape of snow and ice. The endless serenity. The sheer cliffs dropping down to meet the sea ice. The silence of the high Arctic. The deep valleys which beg to be explored. The extreme cold. The halo around the sunset. The dancing northern lights. The absolute purity of the ice sheets. The secrets trapped in the glaciers. The sudden sound of snowmobiles zipping around town at 7:30 am as the locals begin a new day. The bark of the Husky dogs. The tracks of the elusive polar bear that I never saw. The toilets that do not flush. The sixty-two degrees Celsius hot springs with polar bear skull and bones in the middle of all that snow. The musk-ox skin in the wooden sledge to help keep me warm.