New Zealand has some of the most unique native wildlife in the world that consists mainly of birds. The New Zealand islands separated early from the other land masses of the world, resulting in highly unique fauna and flora, a list of endemic species not found anywhere else on the planet. 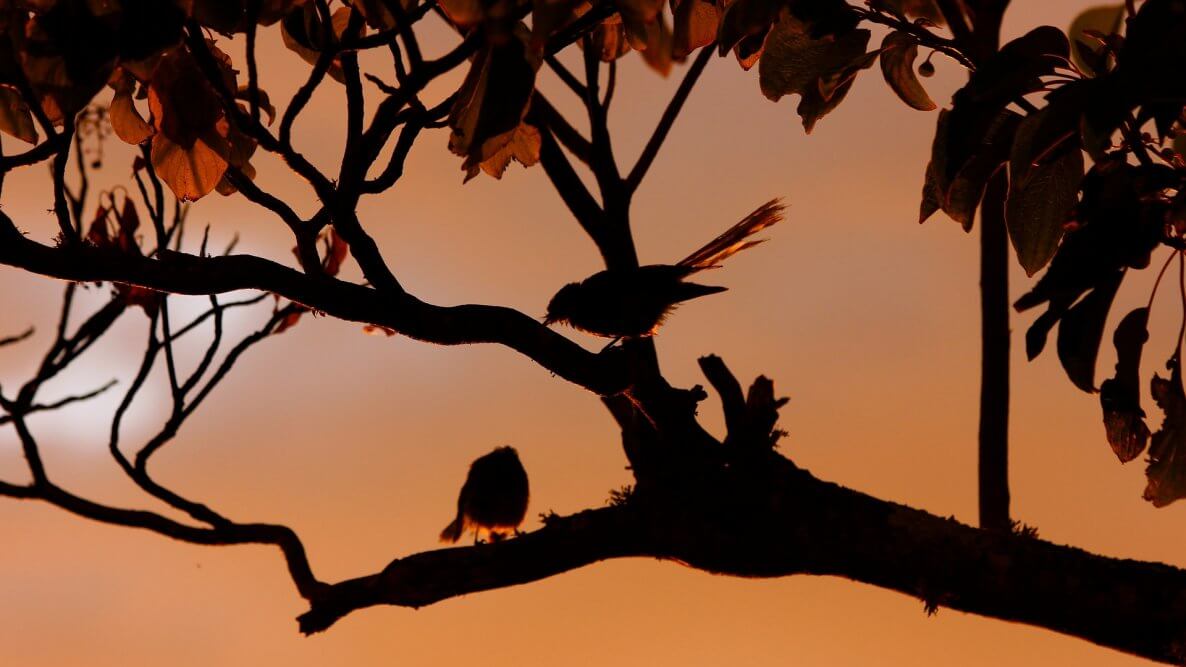 Originally there were no mammals in New Zealand, until humans arrived. Māori – indigenous people in New Zealand brought a Pacific Rat Kiore, when they first arrived in the 13th century, and Europeans brought mice, rabbits, deer, possums, stoats, and many other species after their arrival in the 19th century.

New Zealand birds evolved in a land with no predators; hence they did not develop any protective mechanisms to defend themselves. Some of them nest on the ground, some of them are flightless, and some of them have inquisitive nature and are very playful… which does not help them to protect themselves. 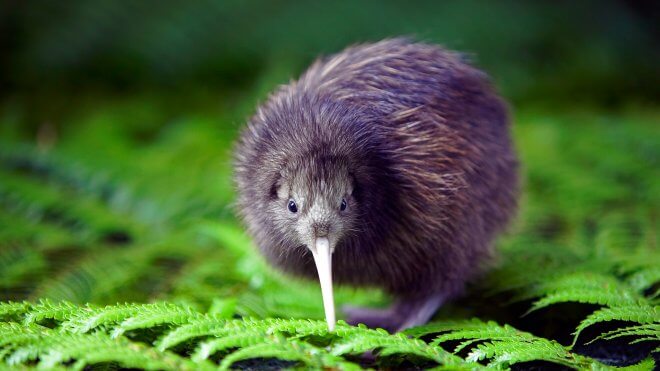 Kiwis are popular native New Zealand birds, also known as one of the symbols of the country. They are a threatened species, with hundreds of them being lost every year to predators (that includes domestic cats and dogs). Kiwis are mainly nocturnal (except for diurnal Stewart Island kiwi) and live in the forest, where they nest in burrows. Kiwi birds have a long bill with nostrils that they use to sniff for berries and tiny invertebrates. They are relatively large birds (larger species weigh up to 3.5 kilos) and can live up to fifty years.

These wonderful creatures are difficult to sight in the wild, but there’s a number of bird sanctuaries and zoos that allow you to have a glimpse at them. There are several different species of kiwi birds: Little and Great spotted kiwi, Brown kiwi, Rowi and Tokoeka. Tokoeka translated from Maori language means “weka with a walking stick”, weka being another native bird belonging to the rail family. 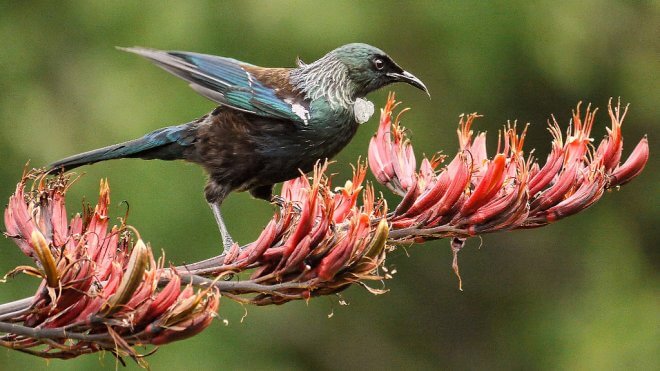 Tui are endemic New Zealand birds that have a very peculiar and highly distinctive song. They are very abundant in warmer, Northern areas of New Zealand, and are frequent guests of Auckland house gardens. They are truly beautiful birds, with a fluffy white tuft under their throat. 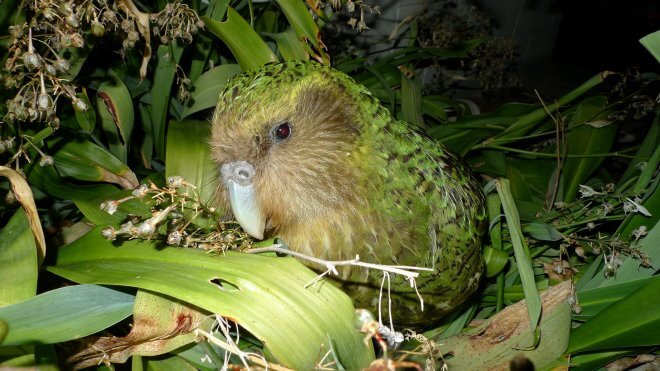 Kakapo or the Night Parrot is one of the critically endangered and very unique New Zealand’s bird species. They are flightless, nocturnal, and quite heavy – can easily weigh over two kg. There are only 160 Kakapo parrots remaining in the world, and a number of conservation efforts are in place to protect and increase their numbers. Kakapo are known for their unique mating ritual. Males create elaborate earth bowls and call for females with very deep “boom” sounds (the sound is very loud and can travel for several kilometers). 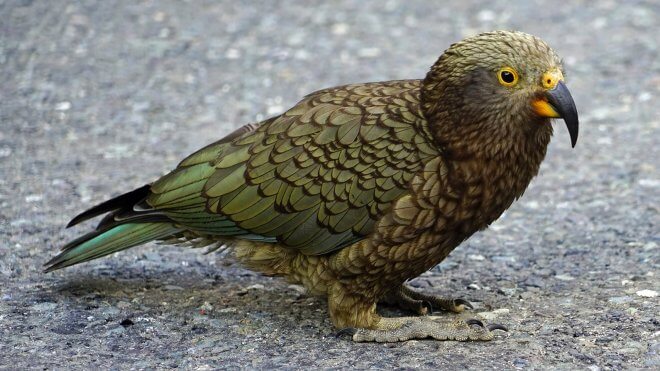 Kea are cheeky alpine parrots, known for their intelligence, playfulness, and mischievous behavior. Tourists often fall into the trap of their playful display that makes them loose cameras, keys, food, and anything else Keas can get their beaks on. They also rip off rubber from car windows, destroy signs and recently were filmed moving traffic cones around the street. But do not fear, they are not aggressive or dangerous at all, they are just highly inquisitive, playful, and well experienced in playing tricks on tourists (here’s a video to see them in action).

Among the most common songbirds in New Zealand, Silvereyes are really pretty; they are small olive-green and cream color birds with a distinct white ring around one of their eyes. They are relatively hard to spot, but a careful observer will be able to find them playing around forests across the country. 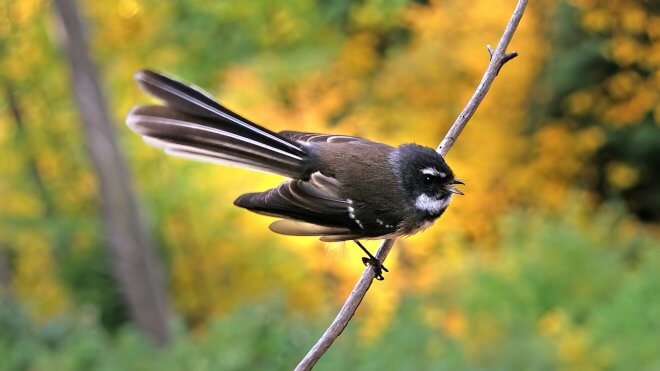 There are 3 species of fantails in New Zealand – the North Island, South Island, and Chatham Islands fantails. They have a very distinct call “cheet cheet” and an even more distinct long tail that opens into a fan. They are usually very friendly, and it is easy to spot them all over the country. Unlike many native bird species, fantails were able to adapt to human-induced changes in the environment.

Conservation efforts in New Zealand mainly concern eradication of the invasive species and establishment of pest-free bird sanctuaries and reserves on islands and fenced forests. However, today there are numerous locations where you can spot some of the rarest birds on the entire planet, thanks to massive efforts of the Department of Conservation and countless scientists working in the field.

If you are a bird lover, New Zealand is a prime destination.